The human body has a complex system of muscular reflexes, developed and evolved to protect us from injury. Reflexes are designed to trigger reactions in our muscles, to protect us against impacts. This muscular response is obvious in our legs, but is also at hand in our arms, torsos and necks.

When muscles react to impact, they contract – to serve as shock absorbers – and to stabilise the spine and joints. 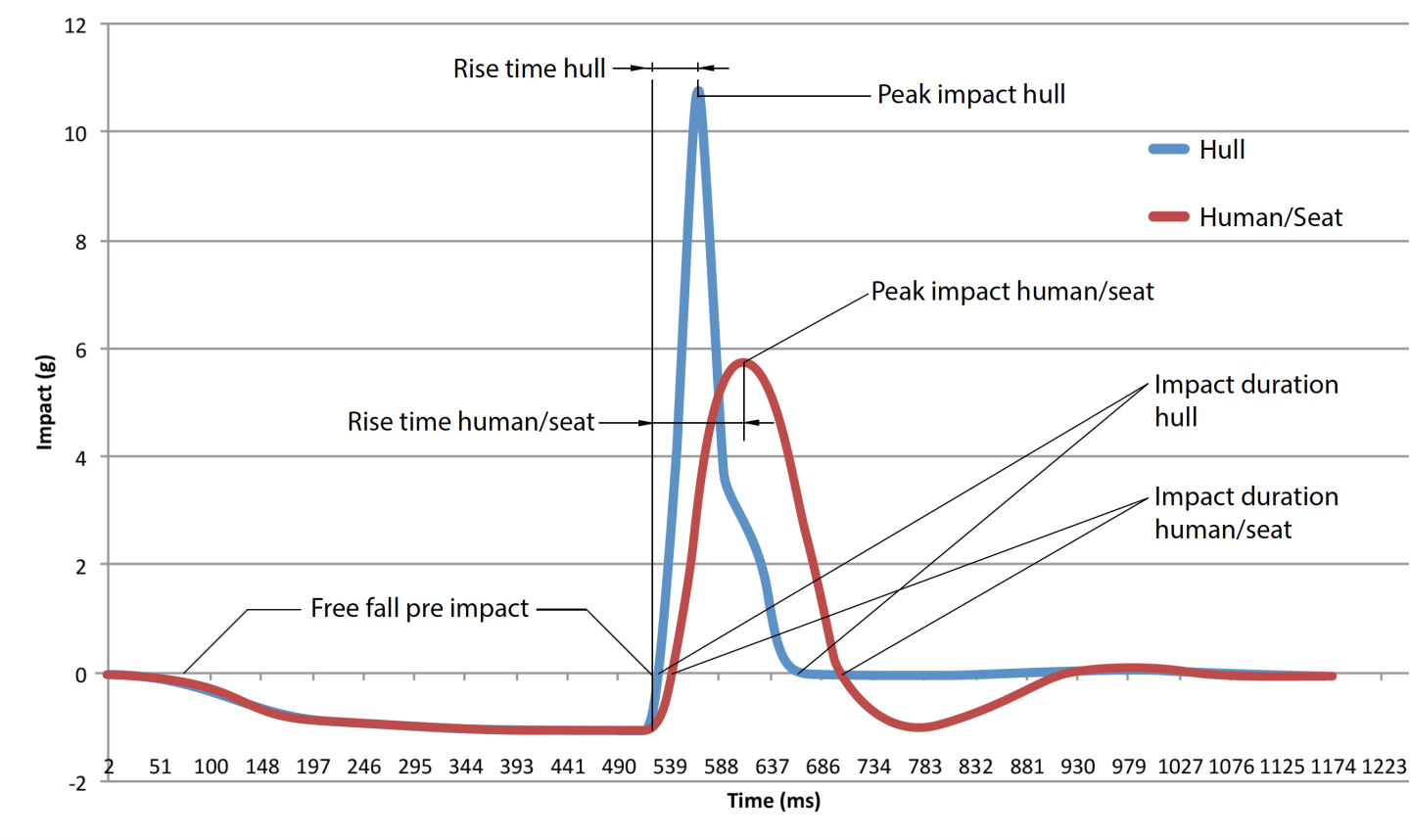 The progressive patented suspension system and the synergies with the biologic response, neutralises the resonance effects that make other shock mitigation seats capable of bottoming out – multiplying impacts.

Ullman Seats are developed based on pioneering medical science. They are independently scientifically validated and proven to give the most effective shock mitigation of all seats.

The terms Whole Body Vibration describes a phenomenon, which is present in trucks, trains, cars, boats, ships and other vehicles. The term is aimed at describing vibration, caused by engines, wheels etc. The events that occur when RIB boats, RHIBs and other high-speed craft impact with water after free fall are better described as Human Impact Exposure.