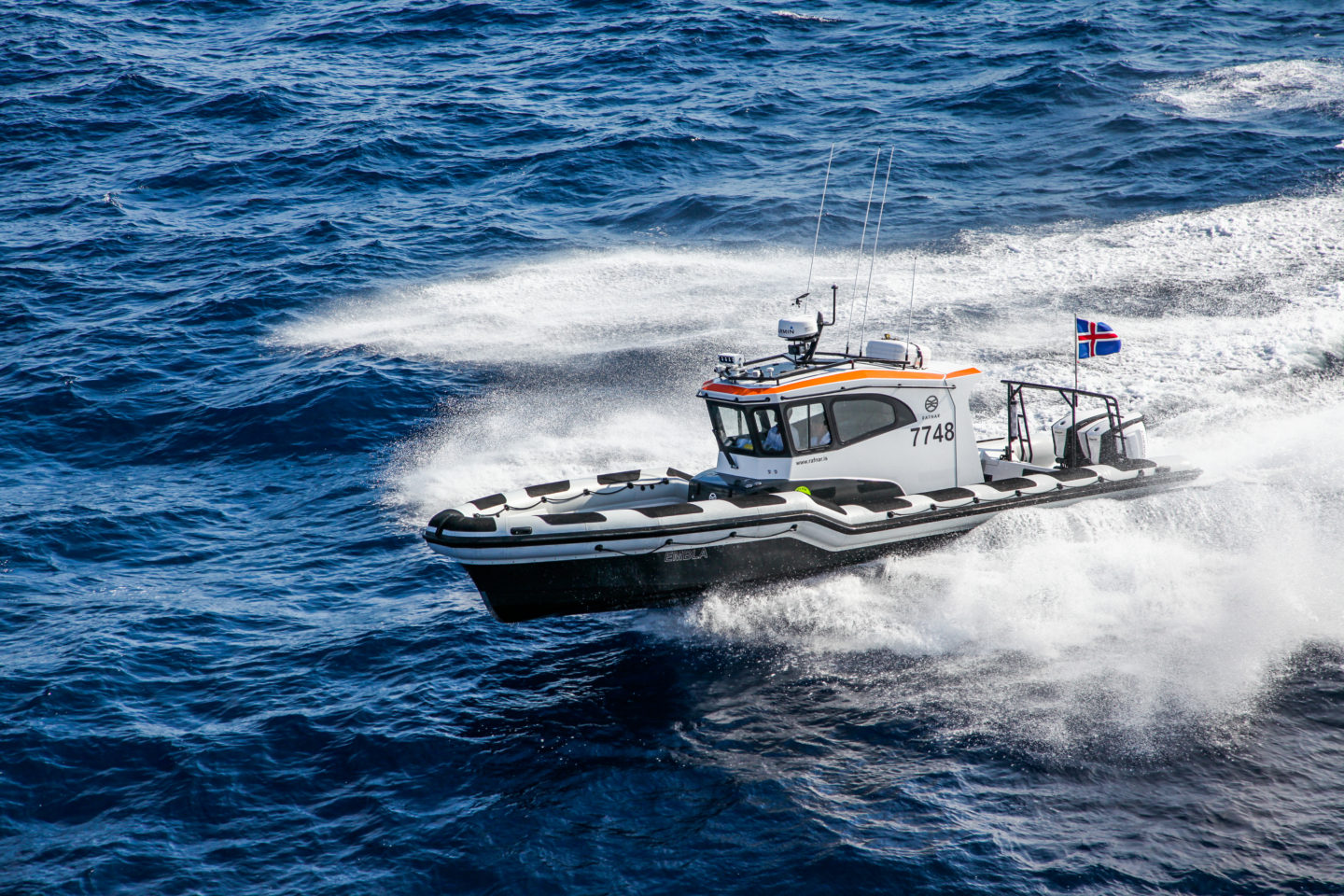 The Rafnar team were pleased to meet American and international industry players at the Miami Boatshow in February to present the ‘Leiftur 1100 Cabin Explorer RIB‘, “Embla” for testing.

After a successful launch into European markets in 2015 and 2016, Rafnar now expand to the U.S continent with both sales and production targets for the coming years.

The 36 foot ‘Leiftur 1100 Cabin Explorer RIB’, “Embla”, is currently touring U.S and Caribbean centres in the Virgin Islands over the coming months, demonstrating the unique and stable ÖK Hull technology performance and allowing a wider audience to experienced the Rafnar boats’ astounding sea-keeping and comfort. Rafnar Shipyard has chosen Patrol Jockey Seats for the cockpit in “Embla”.

Following her Caribbean tour in March and April, the “Embla’, will ship to Norfolk, Virginia, in the U.S.A, for testing and demonstration with U.S military, navy, coast-guard, and other government and commercial organizations.

Rafnar are also planning a further ‘Extreme Voyage’ this year in June, with a circumnavigation of Iceland proposed for invited guest-enthusiasts aboard the 8,5m ‘Flengur 850 Open Support RIB‘